There are many types of sexual violence in regards to how the victim and perpetrator do/do not know each other, how the attack was committed, etc. Rape is about power and control, and it is never the victim’s fault.

-Every 2 minutes another American is sexually assaulted.
-Typically summer months have the highest rates of sexual assault compared to fall, winter, and spring.
-There are about 237,868 victims of sexual assault per year.
-About 44% of victims are under the age of 18 while 80% are under the age of 30.
-Around 60% of sexual assaults are never reported to the police.
-Approximately 2/3 of assaults are committed by someone the victim knew.
-1 out of 4 US women has been the victim of rape or attempted rape.
-84% of rape survivors tried unsuccessfully to reason with their rapist.
-The ﻿most common﻿ date rape drug is alcohol. Other date rape drugs include: Rohypnol (roofies), Ketamine, and GHB.

﻿Victims of sexual assault are...﻿ 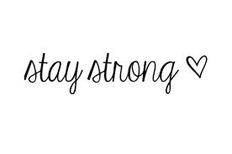